Agm vs Standard Battery Charging: Do You Have To Use AGM Charger On AGM Battery? 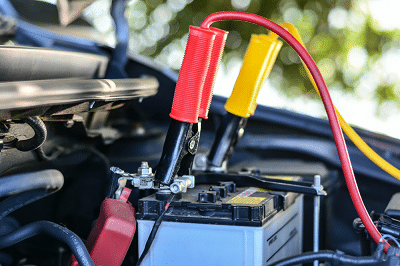 This means that they need charged in different ways. After reading this, you will understand the difference in charging an AGM battery verses charging a standard battery, and the best charger for each one.

What Does Charging Do?

First though before getting into the specifics of different types of chargers and which to use with what kind of battery we will cover what charging actually does. In a battery you have the electrolyte which is a liquid that holds the electrons.

By charging the battery a pulse is sent into the battery and it breaks the sulfur build up off the plates. This frees the electrons and puts them back into the electrolyte where they are able to move thru the battery again and provide juice to whatever the battery is connected too.

In a standard battery the electrons are housed in just the liquid mixture and a part of that mixture is water. When you recharge a standard battery, the charger normally puts off a strong pulse and charges quickly.

This is because standard batteries with liquid in them are not hurt by being charged fast. By charging the battery fast you can start using it again quicker.

The problem with charging a battery fast though is that it causes a lose of the water inside of the mixture. It evaporates off and heat is formed. A standard battery though the heat goes away with the water that is being lost and normally it doesn't get hot enough for damage to occur.

Charging a battery fast though can also lead to over charging. This is when pulses are still being sent in, but there is no more sulfur to be broke off.

Over charging of a standard battery again does not cause much damage and just causes water to be lost. The reason this water lose isn't a big deal though, is that water can be added back into a standard battery making it so it will function the same.

An AGM battery on the other hand though, you can not add water back to it. This means that water that is lost has to get back in a different way. For an AGM battery there is a catalyst such as platinum, that is able to turn the hydrogen atoms that are created when charging back into the water.

In an AGM battery there are glass matts that absorb the liquid and AGM stands for Absorbed glass matts. These matts suspend the electrolyte and makes it so the battery does not leak.

Since water can not be added directly back to an AGM battery though, then once the catalyst is gone inside, it is gone, so you should do everything to prevent the need for it.

When it comes to charging, that means you should charge an AGM battery low and slow. This is because if you add a low amount of pulse over a longer period of time not as much heat will be made, so the battery won't get as hot.

A charger labeled for use with AGM batteries is normally more of a battery maintainer. This means that it has computers that can monitor the level of charge in the battery. As it gets closed to being fully charged, then the charge can slow down, so as not to over charge the battery.

These special chargers will normally stop charging once the battery is fully charged, and won't start recharging again till needed, meaning they can be left connected.

Do You Have To Use AGM Charger On AGM Battery?

So, now that you understand the difference between a standard charger and an AGM charger, a lot of people will ask if you have to use an AGM charger for an AGM battery. The technical answer is no you don't have too.

That is why even though you technically don't have to have an AGM charger for an AGM battery, it is a good idea to have one. You spent good money on an AGM battery, so make sure you charge it properly and don't damage it and get a charger designed for it.

AGM and standard batteries both charge in the same way. The charger applies a pulse to the battery and this breaks the sulfur off the plates and restores it to the electrolyte allowing the electrons to flow freely.

It has a catalyst inside the turn the hydrogen back into water, but once the catalyst is gone, the batteries life will be almost over with. That is why you should use an AGM battery charger on an AGM battery to keep the life of the battery up and prevent water lose and over charging.

4 comments on “Agm vs Standard Battery Charging: Do You Have To Use AGM Charger On AGM Battery?”