Agm vs Gel Battery: What Are The Differences? 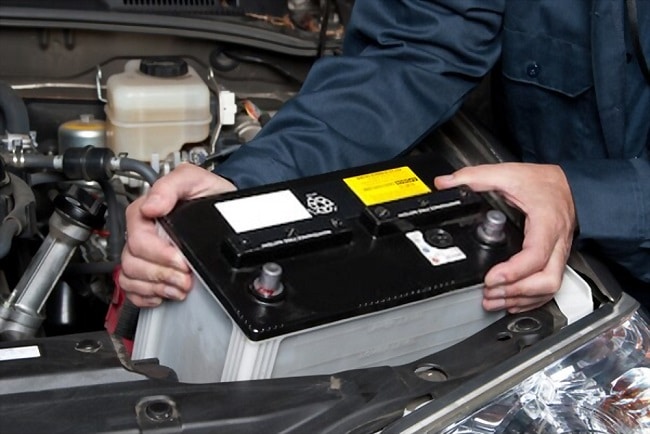 There are a variety of subcategories when it comes to lead acid batteries. This article will look at two of those. We will discuss a gel cell and an AGM battery. The third type that we will not cover here is the flooded or wet cell battery.

Once you are done reading this you will know the difference between AGM vs Gel battery and know which one is a better option for you.

Before you can understand AGM vs Gel battery you have to know the basics of a lead acid battery. Once you know how a lead acid battery works you can more easily see the difference between the two sub types that we are covering here.

Inside a lead acid battery there are three main things. Those things are sulfuric acid, metal plates, and water. The sulfuric acid is normally 35% and the water is 65% and this mixture makes a fluid called electrolyte.

Between these plates it deepens on the type of subcategory the battery is and that is where the main difference between them come in. This is a simple explanation, but is good enough for here.

Outside of the fact that it does not spill if broken, it also doesn’t require any special maintenance outside of charging. The charging has to be done to break the sulfur off of the plates.

They also are good because they have slow discharge rates. This means that they can be used to provide a charge for a long time.

They can also be installed in any position since they don’t leak, they have no fumes, they are vibration resistant, and they have very little risk.

The downside to the gel cell is that it requires special charging. You don’t want to over or under charge it, and you need a special charger that is designed for a gel cell battery.

If you use the wrong charger or don’t charge it properly, then it can really impact the life of the battery. This is bad because gel cell batteries can be pretty costly.

Another thing that is bad about gel cell batteries is that they can be heavy. The gel adds a lot of weight and it can be hard to find the capacity in the size you need. This challenge of being able to find the one you need makes them impractical sometimes.

One last downside to gel cell batteries is controlling the temperature of them. They can get warm when discharging and charging. This means you got to be careful with them because they might bust or catch on fire if they get too hot.

The matts between the plates is what contains the electrolyte liquid and they are only wet enough to hold the proper amount of liquid. This makes AGM batteries light.

The only maintenance that has to be done to them is recharging. Recharging helps break the sulfur off the plates so the electrons are back in the liquid and can flow thru the battery.

However, unlike other kinds of lead acid batteries, AGM batteries can go longer without having to be recharged. The reason they can go longer between charging is the sulfer doesn't build up on the plates as much.

This is thanks to the fact that the liquid is held in the glass matts and the matts do a good job of keeping the liquid coming into direct touch of the plates.

The fiberglass suspending the liquid also makes it so they have low resistance which means that the electrons can flow easier. This means they can be good starting batteries, but also good running batteries since they don't need charged as often.

One downside of AGM batteries though is the cost. They can cost more than other types, but they also tend to last longer to help offset this. Also, since we are getting better at making them, it is helping bring the cost down.

One other negative about AGM batteries is you have to be careful charging them. They can be sensitive when charging and can easily be over charged or undercharged.

You should not discharge an AGM battery below 50% because this can cause it to not be able to charge all the way back up to full strength.  You don't want to undercharge the battery because that can effect its life, but you also don’t want to overcharge them either. Overcharging can cause the battery to not last as long either.

Both types of batteries have their place and can be good. AGM batteries hold a charge better and are safer since just the right amount of liquid is held in suspension in the fiberglass and it isn’t just floating around inside.

Even though gel cell batteries don’t leak per say, the paste still can come out of them. Gel cell batteries though are good because they can be used in any position so if you need to stick one in an acquired spot, then you can. Charging them can be a challenge though and you have to be careful with that.

Since gel cells can be hard to charge and also hard to find the right capacity sometimes, they are being phased out a lot by AGM batteries. Pretty much all the benefits that a gel cell battery had can be obtained with an AGM battery.

So now you have a better understanding of what a gel cell battery is and what an AGM Battery is. You should understand how both types work now and what makes them different from each other.

If you want to learn more about the third type of battery which is flooded battery, then we have articles for that and if you want a more in-depth understanding and uses of AGM batteries, then we have an article explaining that as well, so you can learn as much as you want about the different types of lead acid batteries and what makes them different from each other.

2 comments on “Agm vs Gel Battery: What Are The Differences?”