What Does The Coolant Temperature Sensor (CTS) Do? 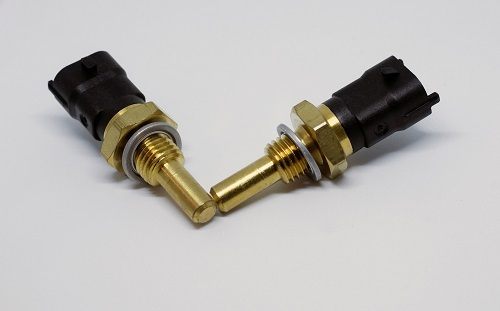 Your engine coolant is a very important fluid in your vehicle. That is because it pumps throughout the entire engine system and helps keeps things cool.

It does this by absorbing heat off of your engines parts as it passes by. Then after the coolant has passed all the engine parts and picked up heat off of them, it enters the radiator.

In the radiator, the engine coolant fluid is cooled down.

What does the Coolant Temperature Sensor do?

How does CTS work?

To know if it is working accurately or not it helps to know how the engine coolant temperature sensor works in the first place. The sensor works by having a regulated voltage constantly sent to it.

Depending on the temperature of the sensor the resistant to this voltage varies. Based off of the resistance being put off by the sensor is how the car is able to tell the temperature the coolant. Not only is this information sent to the computer to help the car run properly, but it also shows up on a gauge on the dashboard. Most vehicles have a gauge with a “C” at one end and an “H” on the other.

This is the temperature gauge and for most cars to be running properly the arrow should be near the middle when driving. If it isn’t, this is one way you can tell that your engine coolant sensor may not be working.

If you your vehicle may start, but run very poorly, blowing black smoke, running very rough and misfiring, may be your coolant temperature sensor circuit high input, you can find P0118 Code when check your car with OBDII scanner, you should have one to find your error with your CTS, the Bluetooth version of OBDII scanner can be found in here.

What does ECTS regulate?

The fans really help to pull heat out of the fluid. That is because it cools off the surrounding metal and also cools off the radiator. You don’t want the fluid getting too cold though because that can cause damage to the engine as well. When things warm up and cool down rapidly especially metal, this can lead to warping and cracking, and that is bad. That is why it is important for the engine to stay at just the right temperature.

Where is it located?

So, now that you know how the engine coolant temperature sensor works and what it does you may be wondering where it is located. Well, it can vary, but normally it is located near the engine thermostat. This is especially true if the sensor takes the temperature reading off of the thermostat itself. Some, however, take the reading off of the coolant and these might be located closer to the coolant reservoir. This isn’t always the case though because some have longer probes that come off of them and only the tip sits in the coolant. Depending on where your coolant temperature sensor gets its temperature reading from is really what dictates where it is at.

So, after reading this, you can now see that the coolant temperature sensor is a very key sensor for your car to run properly. That is because if your engine temperature changes too much, it can cause damage to the engine. Also, if it is running too hot or too cold, it can cause damage to itself or other parts. Luckily you are now aware of this and know to keep an eye on your engine temperature gauge when driving to make sure it is staying near the middle and to make sure the ECTS is staying working.