Mass Air Flow (MAF) Sensor Symptoms And Can It Cause Overheating? 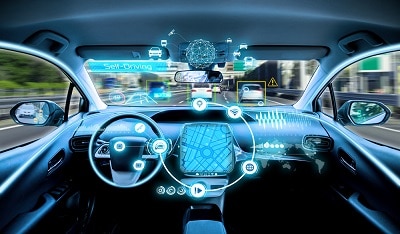 The mass airflow sensor is responsible for telling the engine or more accurately the Engine Control Unit how much air is going into the engine.

Depending on the amount of air, their needs to be a different amount of fuel released into the cylinders for the engine to run right.

A failing or bad mass airflow sensor will cause the engine not to run right.

Keep reading for all the different signs of a bad mass airflow sensor, so you can troubleshoot the problem and have it fixed before too many other issues occur.

Before going into an in-depth explanation of all the possible signs of a bad airflow sensor, we will list out the different symptoms. That way if you have one thing specifically happening, then you can jump to that section and see what it says about it before reading the rest of the article. The following signs are the typical symptoms of mass airflow sensors that are failing.

The engine having trouble turning over could be a sign that the mass airflow sensor is not working right. It could be telling the engine that less air is being released than what is. This would cause the engine not to release enough fuel. If there is not enough fuel in the system, then it will not combust good and turn the engine over.

Other things that could cause this problem though are a weak battery or not good spark plugs. If you check these things and still have this issue or have this issue with others, then there is a good chance the mass airflow sensor is malfunctioning.

Sometimes the engine may start fine but then stall soon after it starts. This could be because the reading that the sensor is giving could be changing and thus causing the wrong amount of gas to be released.

If this is the problem, then odds are more likely that it is the mass airflow sensor is causing the issue and not something else like the previous problem, but it might also be the fuel pump that could be changing the amount of gas getting to the engine and not the sensor.

The engine hesitating may be caused by a mass airflow sensor that is not reading right for reasons other than failing. It could be failing, but it could also just be dirty. You need to make sure to keep the parts under the hood clean, so things don’t block the airflow. Also, you don’t want things obstructing the sensor from making readings.

What should You do when Bad Mass Air flow Sensor?

If you have any of these symptoms of a bad mass airflow sensor, then what should you do about it? Well, there are a few steps in diagnosing the problem, but the first is to use a bluetooth obd2 scanner and run a code check.

Read more: What Are The Best Bluetooth OBD2 Scanner In 2022?

A lot of times a bad or failing mass airflow sensor will send a code to the vehicle's computer and this code can be picked up with a scanner. If you do have a code, then you can know that it is the mass airflow sensor and not something else causing a problem. A code in the computer is another sure-fire symptom of a bad sensor.

Once you have checked the code and know that the sensor is causing an issue you can remove the sensor and clean it and the area around it. Like has been mentioned, sometimes if air is being blocked, it can cause the sensor not to read right.

It is a good idea to clean the sensor every time you change your oil or at least every time you change your air filter. By using preventative maintenance and keeping your sensor clean, you can make sure that it keeps working right. When you clean the sensor, it is okay to get it wet, but you want to make sure the inside stays dry. Also before reconnecting the sensor you want to make sure it is all dry so it will not short out when it has power going thru it.

If cleaning the sensor doesn’t fix the problem, then it may be that the sensor is damaged or bad. If this is the case, then it will have to be replaced. To replace the sensor you need to make sure to buy another one with matching parts to make sure that it fits right. You can get a replacement at many parts stores as well as online.

Side Effects of Bad Sensor

Outside of the vehicle not running right, a bad or failing mass airflow sensor can be causing other issues as well. It can lead to the engine getting damaged if too much gas is being added to the mixture causing bigger explosions in the engine then is supposed to be.

This can damage the cylinders, valves, pistons, spark plugs, and other components. Outside of the damage that can be caused though, a bad or failing mass airflow sensor will cause bad fuel economy. Gas is expensive, and you want your engine to run at its most efficient state. To do this, you will want a good mass airflow sensor.

Can A Bad Mass Air Flow Sensor Cause Overheating?

Your car’s engine has a serious issue. More specifically, it’s overheating. There are some major factors that can cause this to happen. Is one of those a bad mass air flow sensor?

Now we are going to talk about the purpose of what a mass air flow sensor does and if it causes your engine to overheat in the event of a malfunction.

The first question of course is what does a mass air flow sensor do?

Its purpose is to detect the volume of air that enters your engine by heating up a resistor. Meanwhile, the computer inside your car will measure the electrical resistance via the mass air flow sensor while the air flowing through will cool down the components. At the same time, the computer will also direct the fuel injectors to add gasoline to the air and fuel mixtures.

So, how will you know exactly when the mass air flow sensor is malfunctioning. Here are some of the symptoms that can define a potential issue:

If this issue goes unattended, you can expect your engine to have some major issues. This of course will include overheating. An overheated engine is one of the major cause of death regarding the vehicle itself.

The answer to this question is yes.

A bad mass air flow sensor will cause an engine to overheat. It is important that you should take care of the issue immediately if you know that something is wrong with it. Your car is very important to you, so keeping it alive for as long as possible will require getting it serviced when needed. Especially when it involves the engine.

There are a lot of signs for a bad or failing mass airflow sensor. If the car does not seem to be running right, such as having a rough idea or if it is staling, then you should check and clean the airflow sensor.

Also, a hard time of the vehicle starting could be a sign that the airflow sensor is bad. Lastly, if your car's computer has a code for your airflow sensor, then that is a defining symptom of it being bad. If the sensor is not working right, then you need to clean or replace it so your car will run right and not waste gas or cause more damage.