What Causes A Cylinder Misfire And How Long Can I Drive With It? 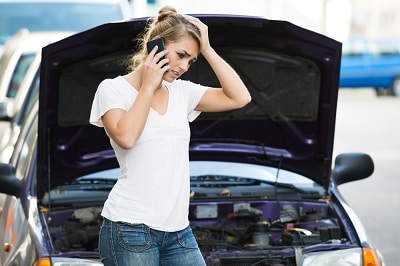 If you think you have a misfiring cylinder, there are a number of questions likely popping into your head.

Most drivers will experience this issue at some point during their lives.

What causes a cylinder to misfire

While it is important that you have the issue looked at quickly, the engine in most cases will be able to make it up the street to the nearest mechanic (unless you live out in the country).

Here in this article, we’ll look at the main reasons behind a misfiring cylinder, how bad it actually is, and what you should do about it.

What Causes A Cylinder To Misfire?

There are several telltale signs of a misfiring cylinder.

One of these is that you have lost power, followed by a series of uncomfortable jolts. The main one, and how I knew I had a misfiring cylinder in my Ford Econoline van several years ago, was that the acceleration decreased by about 500%.

The van would barely make it through an intersection before the light turned red, even if it was the first vehicle in line.It just didn’t have any oomph behind it, even when I put the pedal to the metal. You can get P0171 and/or P0174 when check your car with best bluetooth obd2 scanner if your cylinder in this situation.

Another telltale sign is that your gas mileage has significantly decreased.

As you can imagine, when the engine is working so hard just to accelerate to a moderate cruising speed, it’s burning a fair amount of fuel in the process. If you find yourself having to fill up much more often, there is probably something wrong with the engine.

Vehicle shakes while not in motion

Also, if your vehicle shakes while not in motion, this is another indication.

If you lose a spark, whether from lack of coil voltage or any other reason, this can also lead to a cylinder misfire.

If your fuel/air mix isn’t well balanced, meaning that too much or too little air is getting into the engine, you might see the same result.

As noted here, there are a number of reasons that cause a cylinder to misfire. All of them should be treated very seriously because of the level of extra strain being put on the engine.

It is highly recommended to take the car into a mechanic as soon as possible.

How long can I drive with a misfiring cylinder?

The answer to this question depends on the type of vehicle, what type of driving you are doing, and what caused the misfire.

If your vehicle is heavy, like a truck or a van, you’ll notice the acceleration problems immediately.

If you are able to get up to 20 miles per hour in less than 30 seconds or so, that is a surprise – often it will seem as if the car isn’t running and there are just a few people out back pushing.

It should come as common sense not to do any heavy driving, like carting materials around or towing another vehicle, with a cylinder misfire.

It is also important not to do any off-road driving, as this will strain the engine even more.

Also, the last thing you want in this situation is a rock shooting up under the hood and knocking something else out of whack.

The reason for having what caused the misfire on here is that while a misfire is basically the same in all cases, the causes for it are different.

Some may be a sign of something else going wrong in the engine or vehicle, such as not enough air getting into the mix. Or if the vehicle sat for a long period of time and then was driven heavily all of a sudden, it may need to be looked at right away to make sure the rest of the engine is functioning properly.

What Should You Do If Have A Misfiring Cylinder?

Driving with a cylinder that is misfiring is conceivably hazardous.

In the event that you lose control while you are driving, an additional cylinder or two might go out, and the entire engine can stop functioning.

Obviously, this can lead to an auto crash, leading to vehicular damage (and maybe hurting yourself or others in the process).

On the off chance that you suspect a misfiring cylinder is either already taking place or that something may not be right with the air flow, get the car into the shop.

Believe me – no one wants to deal with car maintenance, but you’ll make everything much easier by being proactive and handling the situation right away instead of waiting for it to get worse.

You may end up ruining the catalytic convertor, which can lead to a whole new set of problems and become increasingly expensive.

Any trained mechanic can look at your engine and tell right away if there is a misfiring cylinder.

The problem can typically be fixed by leaving your car in the shop for the day. This isn’t an issue that requires a ton of time or resources to fix, as long as you take care of it right away.

Do it now, and help to ensure your vehicle’s health and longevity for years to come. After all, nothing ruins an otherwise solid car faster than engine problems that are left unaddressed.

The bottom line when it comes to a misfiring cylinder is that it is a moderate to serious issue.

Don’t dilly-dally around and put off action until tomorrow.

Any engine-related problems should always be addressed right away, and this is no exception.

Before heading to the mechanic, try to identify from the list above what caused the misfire, and take note of when it happened, as close as you can guess.

I hope you have found this article to be helpful. It always amazes me how many people don’t know anything about their engine, so do us all a favor and share this piece on social media. Action arises from awareness, and the more educated we all are, the better. Feel free to leave a comment down below as well.

5 comments on “What Causes A Cylinder Misfire And How Long Can I Drive With It?”