What Is Secondary Air Injection Pump And Should You Have One? 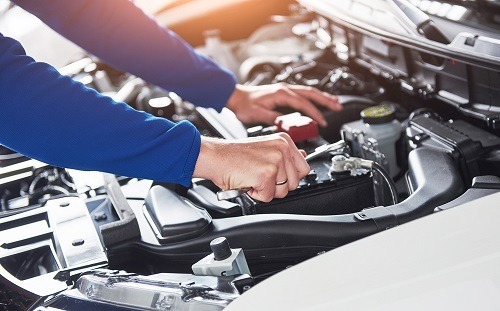 Your car has a lot of different systems in this. You have the electrical system, engine system, exhaust system, and others. Most people know that the way a car works is thru combustion of gas in the engine. They may not know precisely the mixture of gas, spark, and air, but they do know that the fuel is burning.

Most people also know that the fuel burning method isn’t one hundred percent efficient. That is where the secondary air injection pump comes in. In this article, we will look at what this pump actually does and then talk about if you should have one or if it is actually needed for your car to run right.

What Is Secondary Air Injection Pump?

The smog pump is located right past the exhaust manifold allows air to be pumped into the exhaust. This helps put enough air into the mixture to allow it to burn when the engine fires again. That is why it is called the secondary air injection pump. The first air injection happens in the engine cylinder itself when the combustion occurs the first time. There is a valve in the system though that makes sure that the secondary exhaust pump is only used during the cold start phase when it is needed. It also helps regulate the pressure in the exhaust system to prevent misfiring.

What does Air Injection Pump do?

So now that you know that the secondary air injection system allows more air into the exhaust to help burn the extra fuel, what is the purpose of it? Well, the goal is to prevent hydrocarbons from getting into the environment. The pump only works until the catalytic converter is up to operating temperature. Once the catalytic converter is working the secondary air injection system will shut itself off.

The secondary air injection system also keeps your catalytic converter working longer. This is because it takes the strain from it at the hardest time when the vehicle is first starting. To get a vehicle to start, it has to have a richer fuel mixture than when it is usually running.

The aim is to help burn as much fuel as possible and prevent that fuel from getting into the environment. Environmental protection is essential because once the environment is damaged, it is hard to get it back to the undamaged state. Also, a lot of states have emissions test so if you want to pass those, then you will most likely need the secondary air injection system.

What are the drawbacks then to the secondary air injection system? Well, like most parts of the exhaust it can take away power from the engine. That is because this second burning of the fuel can counteract the combustion of the engine. Also, it is another moving system that the car has to power, and this is the power that could be going to the wheels. This loss of power is why some people want to get rid of the secondary air injection system.

Do you have to have it?

So, if you haven’t guessed yet, you technically don’t have to have the secondary air injection system. The smog pump can be removed from your vehicle, and it will run perfectly fine assuming that you remove it correctly. Not only will removing it adds a little power back to the car, but it will also lighten the vehicle a little. If you are into racing, then these two boosts might be worth it to you. However, you need to make sure to remove it correctly if you want to see these gains. If the pump is removed incorrectly, then it can cause loss of even more power. That is because the system needs to be airtight. It is a pressurized system and to get the most power you need to keep that pressure.

Should you remove it?

Just because you can remove the smog pump though, does that mean you should remove the secondary air injection system? The answer to this is no; you probably shouldn’t remove it. That is because like has been mentioned; if removed incorrectly, then you will lose power. Also, like has been mentioned if you live in an area with emission test, then your vehicle will most likely not pass if you remove the smog pump. That is because your car will put out too many hydrocarbons during the start step before the catalytic converter is active. Also, your catalytic converter will have more strain on it causing it to need to be replaced sooner.

So, now you know everything you need to know about the secondary air injection pump. You know that it is commonly called the smog pump and you know what it does. You know that removing it can give you a little more power, and you technically don’t need it, but that it is generally not a good idea to remove it unless you have an older car that you use for racing. Also, it is only safe to remove it if you want to pass emission test if you live in an area that doesn’t have emission test and know you won’t be moving to one with emission test. Also, you know that if you remove it wrong, your vehicle will actually lose power. Due to everything that can go wrong with removing the smog pump you really should keep your secondary air injection system intact. It provides more good of burning hydrocarbons and protecting the environment and being legal than the gains you get from removing it. They put it on cars for a reason after all, and now you know the purpose that the secondary air injection pump serves.