What Does Bridging An Amp Do? 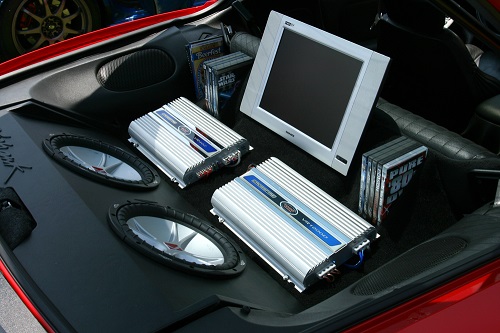 Do you need more power out of your amp? Well, one way to do that is with bridging. In this article, we will explain what bridging is and also touch on the basics of doing it. After reading this article you will know the point to bridge an amp. Also, you will know the basics on how to bridge an amp. Bridging two channels of an amp into one isn’t really that hard to do once you understand the basics. It is important to do it right though as you will learn. Read on to learn everything you need to know about amp bridging.

Why should you bridge two amps?

The first thing we are going to look at is why do you want to bridge two amps. Well, the main reason for bridging an amplifier is that it increases the power output by combining the two channels into one. This means that if you have a speaker that needs more power, then you can bridge the two channels of an amp together to run it. This is useful if you just got a new speaker, but don’t want to spend more money on nicer amps. Depending on the amps you have you can bridge a two channel amp into a one channel one to drive one speaker, or you can bridge a four channel amp to drive two speakers.

Things to know about Bridging An Amp

There are some key things to know though before bridging amps. One of the most important things to remember before bridging an amp is that you need to make sure the amp can handle extra power going into it. This is because the power of the first channel goes into the second channel before going into the speaker. If the amps you are bridging can’t handle the extra power going thru it, then it will damage it. If the amp is not designed for more power, then it will blow and be useless.

Lastly, when bridging multi-channel amplifiers, which will be most all that you are bridging, channels normally have a minimum bridged stability that is higher than with just a single channel. This means that a 1ohm per channel will be stable at 2 ohms if bridged. This goes up to 4 ohms normally. This is important because like we have mentioned you want to make sure that the amplifiers are going to be stable while bridged before bridging them so you don’t cause damage to them.

How to Bridging An Amp

So, now that you know what bridging amplifiers are and why you might want to do it, you are probably wondering how you do it. Well, normally bridging amplifiers isn’t too difficult. The easiest and best way to bridge two channels of an amp is to look at the paperwork that came with the amps. A lot of times in the manuals will be diagrams with instructions on how to bridge the amp. If you have the paperwork and there are these diagrams, then just follow along with it to bridge your amplifier. If you can’t find the paperwork, then you might be able to get it from online. Also, you might be able to find bridging diagrams for your particular amplifier online as well. If you can’t though, then we will cover the typical bridging configuration here.

It is important to remember that there is a variety of bridging configuration, so might want to do some more research about your amp before using the method we are about to describe. One of the most common ways to bridge two channels of an amp into one though is to take speaker wire and connect one end to the positive terminal of channel one on the amp. Then take the other end of that same wire and connect it to the positive terminal on the speaker. Then you will take another speaker wire and connect it to the negative terminal on channel two of the amp. Then connect this wire to the negative terminal on the speaker. For every two channel that your amp has, it can run one speaker. This means that a two channel amp can run one speaker while bridged and a four channel amp can run two speakers while bridged.

Downsides of Bridging An Amp

So, you know bridging gives more power so why not always do it? What are the downsides to bridging? Well, the main downside is that this configuration only runs the single speaker in mono since it combines the two channels into one. If you want stereo, then you will need two speakers and a four channel amp. Also, when you bridge an amp the outputs are 180 degrees out of phase. This means that power might not be perfectly doubled, and can also lead to some odd sounds from your speakers. Outside of these things though, there is nothing wrong with bridging an amp. It can give you more life from an amp if you upgraded to more powerful speakers. Just remember to make sure that the amplifier supports bridging.