What Does Ah Mean On A Battery? 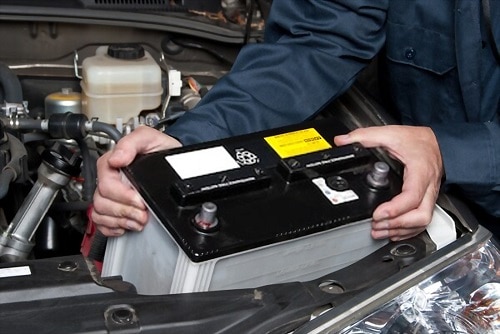 An ampere hour, which is abbreviated as Ah or amp hour, is the amount of energy charge in a battery that allows one ampere of current to flow for a 60-minute period.

An ampere is a unit used to measure the electron flow or current rate in an electrical conductor. One ampere of current symbolizes one coulomb of electrical charge going past one specific point in one second. A milliampere hour or mAh is 1,000th of an Ah and is often used as a measure of charge for notebook computer batteries. The mAh offers an indication of the length of time it will take for the computer to operate on battery power without the need to recharge.

If you have a 100 Amp Hour battery, the battery will provide 5 amps of current for twenty hours and maintain a voltage above 10.5.

People commonly assume that the 100 Amp Hour battery will also provide an hour’s worth of 100 amps. However, this is not accurate, actually, this type of battery may also give around 40 minutes of consistent service at 100 amps. This is because of a common trait connected to lead acid batteries; specifically, the battery capacity will go down as the discharge rate increases.

In other words, it’s important to remember that the connection between battery capacity and the rate of discharge are not proportionate. This theory is described as Peukert’s Law.

Amp hour specification on a battery that is 12 volts is usually based on a 20-hour rate. This is a standard specification, which means that the battery labels don’t commonly provide this information. With that being said, it’s best to be aware that there aren’t many deviations from this norm.

A few battery manufacturers will provide different amp hour specification rates. For instance, five and ten amp hour rates are pretty common. In the instance of a battery manufacturer that offers 100 AH batteries on a five-hour rate, you can rely on the battery to provide 20 amps for five hours before dipping below 10.5 volts.

Series batteries are conductively couples from end to end. For instance, if you have two AA batteries with a 1.5 voltage attached, the positive terminal of one battery is connection to the negative terminal of the other battery. The voltage measurements across the connected batteries should be 3.0V.

Batteries that are parallel-connected are side by side. If you take the same two 1.5V AA batteries place a piece of copper across both of the positive terminals of the battery, then take another copper piece across both negative terminals, the total voltage will still be 1.5V. However, the charge will last twice as long when you’re providing a device with battery power.

The batteries you can easily purchase these days, 10.8V or 18V battery packs, which are also known as 12V Max and 20V Max in the United States, are build with 3.6V lithium-ion cells. 12V batteries have three cells each; 18V/20V battery packs have five cells each.

When it comes to battery packs for power tools, the power equations are no so simple. For instance, where 4.0Ah=2.0Ah times two. While it’s true that a 4.0Ah battery has twice as many cells as a 2.0Ah pack, the controls and circuitry are often different.

This doesn’t just refer to runtime. A higher capacity battery pack can deliver power using additional channels. Lithion batteries can be damaged when you overdraw current from them, which means modern battery packs have security features in place to keep you safe during use. If a power tool wants to draw more current than it’s supposed to, control circuitry will turn the tool off until the machine cools down or the circuitry load is reduced.

For example, if a 2.0Ah battery pack is limited so that a consistent current flow can’t go above 1.0A to protect the cells, a 4.0Ah battery pack could be designed. The design consists of each groups of cells which are programmed to deliver a maximum continuous current of 1.0Ah.

With the two groupings coupled together in parallel, the battery pack could then support a maximum current draw of 2.0A. However, it’s not very likely you’re going to see battery packs advertised to deliver 100% more power than smaller batteries with the same voltage. If you don’t regard engineering limits that dictate the design of battery packs, power tools aren’t equipped to handle 100% more power.

How Long Will The Battery Last Due to Amp Hours?

You can determine the average capacity of one battery when comparing it to another battery. However, it can be challenging to determine how long the battery will last. There are several reasons for this, including the fact that the AH rating is based on a certain time period and current draw. Due to Peukert’s Law, the relationship is not a linear one. This means that the calculations from this equation aren’t always practical. Also, current draw isn’t usually consistent in most vehicle applications. There are times when all the lights are on, and other times when they are not. This significantly dynamic setting makes it harder to determine how long a battery will last.

Remember the AH hours is a guideline that is useful for battery power comparisons. When you’re determining which batteries are best for long-term use, the Amp Hour specification will let you know that a 120 amp battery has a longer “life” than an 80 amp hour battery. This can help you choose the right batteries for your power tools and other devices that need long-term electric power.