4 Types Of Automatic Transmissions You Should Know 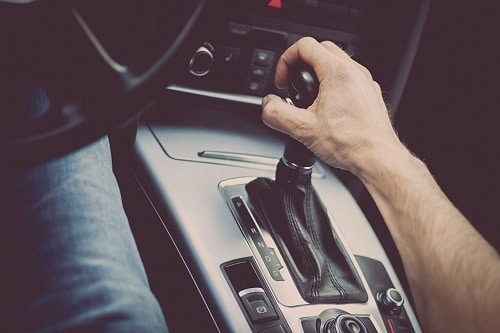 Let’s take a closer look at those four types and see what the differences and similarities might be.

What is the purpose of the transmission in a car or truck?

In simplest terms, the transmission of a car has two main functions. It disconnects the engine from the wheels when the car is stopped and it provides a range of gears to allow the car to drive through different scenarios and speeds as well as stop.

When you use an automatic transmission, you do not need to use a clutch or gear shift and get your coordination just right. It is done for your automatically.

The four types of automatic transmissions

Conventional automatics on cars today use a torque converter. This converter transfers power from the engine to the transmission. The transmission has several sets of gears in it. Different speeds are chosen by engaging electronically controlled, hydraulically operated clutch packs. earlier versions of the automatic transmission worked similarly, but did not have as many speeds available and they lacked electronic controls.

Conventional automatics are known to be smooth in operation. They are able to start, stop and change gears very fluidly. However, they do lose some efficiency because of the slip of the fluid-filled torque converter and driving the hydraulic pump that operates the clutch packs.

Instead of a set of gears, CVTs work by a belt that runs between two variable-diameter pulleys. This setup allows the transmission to have a wide range of ratios and helps to ensure a smooth transition between them.

Some CVTs will also have a fluid-filled torque converter, just like a conventional automatic transmission, that will transfer power from the engine and send it to the transmission. Others have a clutch similar to that used for a manual transmission, but with an automatic activation.

The advantage of a CVT is that the engine can be kept at its most efficient speed while the transmission adjusts to changes in load or road speed. If you are briskly accelerating, the engine will rev up to where it produces the most power and will be held there as the transmission constantly adjusts to the increasing speed of the car.

If you are driving at a cruising speed, the transmission is able to adjust for small changes in road speed while the engine is kept at a consistent rpm. This gives you a good fuel economy. The only caveat is that because CVTs rely on friction between the belt and pulleys, they cannot handle a lot of power.

Automated manual transmissions are more efficient than conventional automatics. This is due to the fact that there is no slip from the torque converter and no losses from driving an internal hydraulic pump.

The earliest versions of automated transmission were used on European performance cars. This concept was based on using a conventional manual transmission, but with a single clutch. Since this resulted in a very jerky motion, it is not usually used anymore.

When the vehicle begins to move from a stop, 1st gear is already selected. The odd clutch is used to start the car moving. At the same time, the car’s computer puts the other gear shaft into 2nd gear. When the car is ready to shift to second, the odd clutch will disengage and then the even clutch engages. It does the same with the higher gears. This type of gear shifting results in much quicker and smoother gear changes than there had been with the single clutch automated manual system.

Today you will usually find automated manuals in performance cars. This is because they are more efficient than a conventional automatic transmission, and can they can also handle much more power than a CVT.

How are all 4 automatic transmission types similar?

All four of these automatic transmission types operate without a clutch pedal and can be set to shift for themselves.

Are manual transmissions more fuel efficient and cheaper to drive?

Years ago, this was certainly the case, but not anymore. Now that automatic transmissions are designed with more gear speeds than their predecessors, the fuel economy between manual and automatic is nearly non-existent.

What about Tiptronic Transmission?

This is a specialized type of automatic transmission and is generally found in performance or sport-oriented vehicles. It is also called manumatic.

The Tiptronic transmission was first used by Porsche in the 1990s. It works by using a torque converter instead of a clutch pedal. There is also an option for automatic shifting of gears, as well as an option for the driver to override the automatic mode for manual selection of gears.

However, there is a built-in safety that will prevent the driver from damaging the gearbox through over-revving when downshifting.

It used to be thought that only a vehicle with a manual transmission could give the speed and fuel economy that drivers wanted. This is not the case anymore. Thanks to developments in automotive technology, automatic transmissions today keep pace with their manual counterparts.