Trickle Charger Vs Battery Maintainer: What Are The Differences? 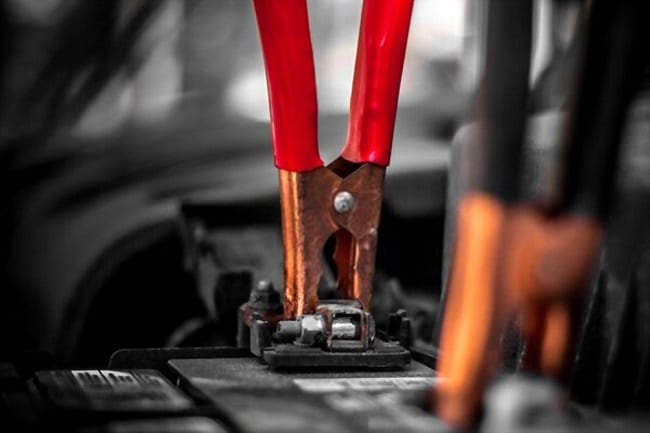 There may be times where you aren't going to drive your vehicle for awhile, and if that is the case, then the battery might go dead.

For example, if you have a classic car that you don't drive in the winter, then the battery might die by next spring if you do not keep it charged.

There is another maintenance to do with car that are going to set beside keeping the battery charged, but that is for a different article.

Here we will cover the options you have for keeping a battery charged and which one is better. The two options that will be covered is a battery maintainer vs a trickle charger.

After reading this, you will know the difference and which one you should use.

A battery maintainer hooks to the battery like a pair of jumper cables would. It is a box with a few controls on it and some cables coming out.

You hook the jumper cable like cables to the battery and then plug the box into the wall. The battery maintainer then converts the AC power from the wall into the type of power that your car battery needs.

The good thing is battery maintainer  are known as smart. This means that they are programmed to be able to tell how much power is inside of the battery.

This is nice because you don't have to worry about overcharging issues which we will talk about later.

A trickle charger is similar to a battery maintainer . For the most part, they can look a lot alike. A trickle charger still plugs into the wall and converts the AC power into power usable by the battery.

It also hooks to the battery in the same fashion with jumper cable like cords.

The trickle charger though is not smart. It continually applies a small charge to the battery. This means that even once the battery is fully charged it will still keep charging it.

A trickle charger applies its power to the battery at a slower rate than a battery maintainer . This means that it takes them longer to get the battery fully charged.

This can be a good thing if you are just plugging it in overnight, but not useful if you want to use it to keep a battery charged for extended periods.

What Happens if Overcharge Car Battery?

So why is it essential to not overcharge your car battery? Well, if a car battery gets overcharged a lot of negative things can happen.

First, a fire could occur. This is because if a battery gets overcharged, it will start getting hot and could explode. This is an extreme thing but is a possibility, and if it happens, then you will lose your car, garage, and a lot of other things.

Another thing that happens to a car battery when it gets overcharged is it causes it to not hold a charge as well. The battery becomes dependent on being on a charger.

This means that the battery will die more frequently and you will need to replace it if you don't want to deal with it needing to be charged all the time.

Lastly, even if the battery does not catch on fire, it can still crack or bust to the point that it leaks chemicals on the surrounding parts if it gets overcharged.

These chemicals are very corrosive and would ruin anything they touch. Also, a battery that bust has to be replaced.

Due to all these reasons, it is a good idea not to overcharge your battery. That is why for the long term you want a smart battery charger.

Use of Trickle Charger

There, however, is an excellent area where a trickle charger comes in handy, and that is if you have a parasitic drain that you can't find.

A parasitic drain is when something is drawing power from the battery when it is off and causing it to die. Finding electrical issues can be time-consuming for a car, but if you know you have one, then you can use a trickle charger each night to keep your car charged in the morning.

This is because it will release a slow charge to your battery, that should be enough to counteract the drain that is occurring on it. That way you don't have to worry about jumping your car every morning.

Another time where trickle chargers may come in handy is if you have an older battery. As a battery gets older, it might start losing power with cold temperatures.

This means if you live in an area that gets cold and you find your battery is dead or low a lot the morning after a cold night, that it is being drained.

To prevent this, you can use a trickle charger on nights that you know it will be cold while your car is parked in the garage.

Then you just have to unhook it in the morning, and you are ready to go about your day without having to jump your car.

Can You Overcharge A Car Battery With A Trickle Charger?

The short answer is yes, you can over charge the car battery.

A trickle charger works by using a battery regulator. This regulator is responsible for making sure that the charging rate is regulated. Regulating the charging rate will help prevent the battery from overcharging. Overcharging while using a trickle charger means that the battery is charging at a rate similar to self-charging. If your battery is being charged too fast, it will overcharge and the result will be a damaged battery. It is very easy to use a trickle charger. They come with instructions that will walk you through the necessary steps. However, since you do not want to overcharge and damage your car’s battery, you need to make sure that it needs to be charged first.

Once you have connected the wires to the battery, make sure that you are using the proper settings for the type of battery you are charging. Safety is paramount. A trickle charger requires a lot of ventilation.  Most battery chargers have an amp meter on them. The meter will read higher on a dead battery, and lower to almost zero on a fully charged one. You need to check to see where your battery is reading. Some trickle chargers can safely be left connected to the battery for months without doing any damage to your car’s battery, providing an easy long-term battery maintenance strategy. This is ideal for storage. Others may only be left connected for a few days at most. Be sure to check your trickle charger's manual for details. Since an improperly used trickle charger or using the wrong type of trickle charger can overcharge and damage a car battery, it is important to know exactly what to use and how long you can safely use it for.

Trickle chargers and battery maintainers both have their uses. Trickle chargers are good for if you want to leave your car hooked up overnight or for short periods, but since they don't monitor how charged, the battery is they can overcharge the battery.

Also, battery maintainers charge faster, so if you need a quick charge, then they are the way to go as well. Now though you know the difference between a battery maintainers and trickle charger, so you can figure out which one is right for you and your needs.