Torque Converter Failure Symptoms And What To Do 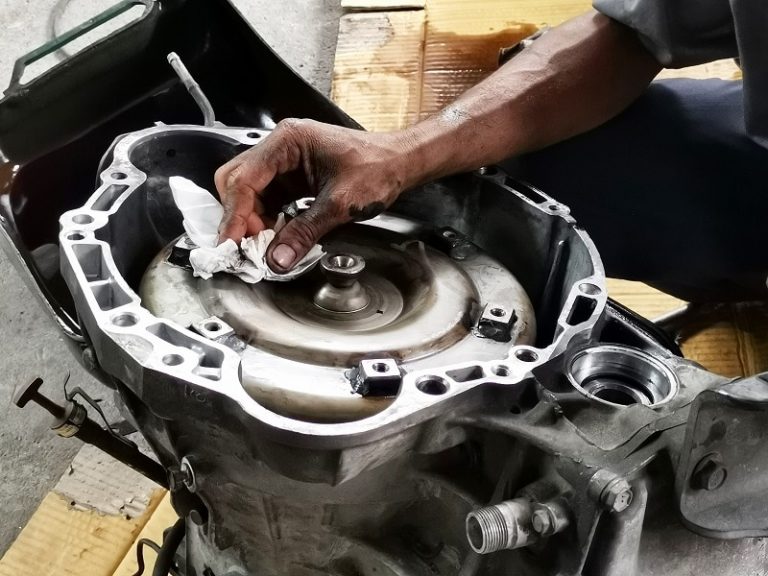 While an automatic car is more comfortable, and easier to drive; it also costs considerably more money to repair the torque converter when compared to a mechanical clutch. Let’s have a look at some of the most common torque converter failures and what you can do to prevent them.

What Is A Torque Converter?

It should also make sure that the fans are spinning in the same direction simultaneously. If you are driving an automatic transmission vehicle, the torque converter is basically the replacement of the clutch that you’ll find in a manual transmission vehicle.

What are some of the most common torque converter failure symptoms

When a torque convertor is having issues, it may seem like the transmission is failing. That’s because torque converter troubles mimic transmission problems. If something doesn’t feel right when your car is shifting, you should pull over immediately and take it to an authorized mechanic to have the problem checked out.

First step that you should take is to top off your transmission fluid. Some older vehicles have a transmission oil dipstick under the hood, like you have for your engine oil.

Unfortunately, today’s modern cars have all but eliminated a way for the vehicle owner to be able to check their oil. The best course of action is to take your car into a shop and have them check that the transmission fluid is at the right level. This should be done as soon as you notice an issue so that it doesn’t do any further damage.

Another common torque converter failure symptom is slipping. Say you are driving and suddenly your vehicle puts itself in neutral or pops out of gear. No, its not possessed. The reason it did that is because the torque converter is likely slipping.

Just like shuddering, when your transmission slips, it could be due to a lack of fluid in the torque converter. Of course, topping up the oil doesn’t always fix the issue, but most times it will.

We must also determine why the oil level is low in the first place. Having a quick look under the vehicle may tell you if its been leaking or if it has made its way to other parts of the transmission. If the problem consists once the fluid is topped off, it may be time for a more thorough investigation.

A car’s mechanical parts are engineered to run within specific parameter and temperatures. Your engine and transmission can only get so hot before damage stars to occur.

Some vehicles are equipped with transmission temperature gauges, while other are not. Regardless if you have a gauge or not, you must immediately pull over if you think your transmission is overheating.

One of two things could be that cause of an overheating transmission and/or torque converter. Firstly, the oil level may be low and will need topping off. Secondly, overheating can be caused to due contaminated oil that no longer that the lubrification properties it originally did.

If the oil is contaminated, it should be drained and investigated as to why it became polluted in the first place. Once that is resolved, the torque converter should be filled with fresh oil of the same viscosity that the owner’s manual suggests.

Increased stall speed causes you vehicle to rev much higher before changing gears and will hold a gear for much longer before shifting.

This can be seen and heard. You can see that the revs climb more than normally before the car shifts gears. Additionally, when the car finally shifts, it will jolt, causing you to feel it. Normally, a car will seamlessly shift gears and in most cases, you won’t even feel it.

With the increased stall speed, the torque converter can no longer take the engine’s power and smoothly deliver it to the transmission. A quick trip to the mechanic will give you the verdict as to what is wrong and what it will take to remedy the problem.

As we mentioned above, a vehicle is designed to work withing specific parameters. When those parameters are crossed, issues start to arise. Just like when you hear strange engine noises, transmission noises should not be ignored as they likely will not fit themselves.

Most commonly, you will end up hearing a clicking or other similar sound coming from the middle, where the engine meets the transmission.

This is frequently caused by either damaged fins or a broken bearing inside the actual torque converter. At this point you could try to recondition the converter itself, but its better off to just get a new one as the damage may already be beyond repair.

How To Diagnose Torque Converter Failure

If you want to diagnose the problem, it’s important to listen to unusual noises that may be coming from your vehicle’s engine (like clanging, whirring, etc.). Other noises like slipping and shuddering might be something to look for. Here’s how you do a diagnosis:

It is much easier to diagnose a problem when you know what you listen and look for. In today’s world, YouTube is the go-to for anyone that is looking for an answer when it comes to car trouble. Here are a few links that show you what to listen for when diagnosing a faulty torque converter.

For those that like to do it themselves, here is a video explaining how to clean a torque converter

What could be causing Torque Converter Failure?

There are plenty of issues that could lead to a torque converter to fail. This may include a bad converter clutch, needle bearings, and seals.

If you are more mechanically inclined, you can replace the torque converter yourself. It will cost you no more than $150 for a replacement part. If you opt for a mechanic to do the job for you, the price will be anywhere from $500 to $1000 depending on the shop.

How Do Torque Converters Works?

An example of this, we’ll be taking a look at two fans facing each other. One fan will be blowing air at a high rate of speed to a point where the blade’s of the second fan will slowly move. Even if you hold the second fan in place, the first fan will still move in working order at its usual pace.

A toque converter is a critical part of your car, and without it, you are not going anywhere. That is why it’s extremely important to have your transmission regularly checked.

Just like having your engine’s oil changed, your transmission oil should be checked regularly and replaced as per manufacturers' recommendations. In newer vehicles, the transmission fluid will last the life of the car, but that does not mean that you should not have the fluid level checked on a regular basis.

Remember that the best way to fix a problem is to try and stop it from ever happening. That is why preventative maintenance is so important on a vehicle.

If you have any additional questions or comments please do not hesitate to write them down below. We are here to help!