Single Din vs Double Din- What Is Different? 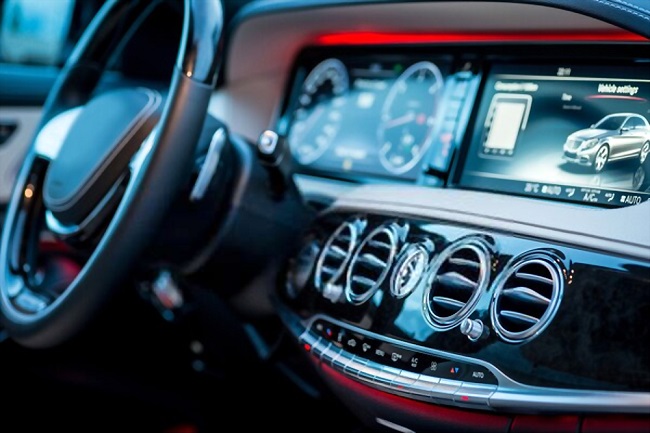 Back in the day, there was no better feeling than upgrading your boring old radio to groovy new 8-track. Even better was showing off your new investment to all your friends. My, how the times have changed.

Those are a thing of the past, although they are making a comeback in some circles. After 8-tracks ran their course, cassette players were all the rage. They were capable of holding more music than 8-tracks, and they were much smaller, too.

Several years later, compact discs came on the market. For a long time, this was the only way to go. Talk about more storage. Anybody who was anybody had a shiny new CD player in their vehicle. If you were still rocking an archaic tape deck, chances are you were laughed at behind your back.

There’s nothing quite like having a killer stereo system in your ride. Depending on your make and model, you’ll likely want to replace that boring old factory system with a better, more modern version.

There are many reasons for doing this. Many older cars simply didn’t have the amazing tech that we have today. If it’s mid-90s or earlier, it may have only a tape deck. Or worse, just a radio! Gasp!

One of the biggest factors folks run into when choosing a new system is whether to go with a single DIN or double DIN.

If what you just read has you scratching your head, it’s time to get schooled on these two popular – and polarizing – types of stereos.

Let’s first get what they mean out of the way. DIN is simply a technical standard that’s used by stereo companies and automobile makers everywhere. The term has German origins, but it’s become the norm and likely isn’t going anywhere any time soon.

Units that are single DIN are thinner. If you’ve ever seen a CD player or stereo in a vehicle that has minimal buttons and functions, chances are it was a single DIN. These units measure just 7” x 2”.

Double DIN units are twice as thick, measuring a beefy 7” x 4”. Double DINs are loaded with more features and options. Many of them have massive touchscreens and can even play DVDs on certain models.

These days, both units can typically play all sorts of different media. They often have auxiliary inputs, USB, and more.

By having updated tech installed, like USB ports, you can more easily access other media besides CDs. You can charge your smartphone or any other device, too. If you have a simple aux cable, you can pipe music and media from your smart device directly through your car’s speaker system.

Some double DIN stereos sport A/V inputs. This simply allows you to directly feed other like audio equipment into your stereo for enhanced playback.

Today’s single and double DIN stereos will have Bluetooth integration. This works just like any typical wireless headset. That way, you can make and receive phone calls using your stereo. There’s no need for troublesome wires. Just turn on Bluetooth on both units and sync them up accordingly.

Being able to sync your smart device opens the door for all kinds of new ways to listen to music. Just open your favorite media app and enjoy seamless integration between your device and your stereo.

It doesn’t matter if you prefer iTunes, Pandora, or any other of the zillions of apps out there. The newest features are available on single and double DIN stereos. This lets your smart device work in tandem with your new stereo for the height of musical pleasure.

What was once the latest and greatest, AM/FM radio is now readily built into all the new stereo receivers. And with newer and better systems available, you can get HD radio sound. Satellite radio is even better, and many single DIN and double DIN stereos have this at the ready.

Getting the Right Fit

Depending on the type of factory stereo unit you have, you may need to get special parts to make a double DIN unit fit.

Many vehicles have single DIN stereos, and replacing these with a new double DIN will often require modifications to your dash. You may have to do some serious juggling with the placement of things in order to get a double DIN to fit.

Some makes and models have large plastic pieces below the radio. These can be removed so that inserting a new double DIN takes less effort. You may still need special spacers to get everything to stay nice and snug. But once you get all the proper parts in place, your new double DIN should rest nicely in place.

If you want to transition down to a smaller single DIN, the same steps need to be followed. A special piece may need to be purchased for your particular vehicle to hide an unsightly hole. These can usually be bought from the car manufacturer or stereo maker.

This often depends on your vehicle. More common models make it easier to order the right spacer. But less popular ones may leave you to your own devices. You might have to get creative and fashion your own piece to fill in a large gaping hole.

You can always take it to your local car stereo supplier and have a custom spacer made. If you have a newer or rarer vehicle, be prepared to pay a premium for your customized dash.

You often get a ton of extra buttons, resulting in less messing around with the stereo. Many double DINs have touch screen functions to make accessing media easier. Some even have voice commands that you can set for an even safer experience.