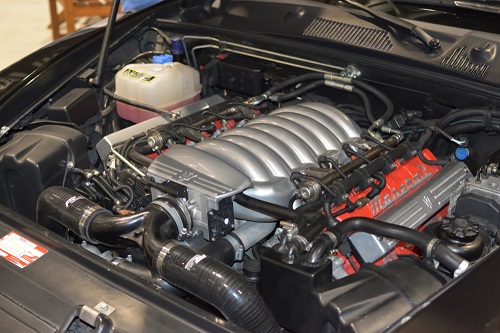 When it comes to adding power to your engine, you definitely have choices. Sometimes the terms even seem to be used interchangeably. But what is the difference between them? And how do you know which one is the best option for your car?

Before charging into chargers, take a step back. What exactly is a charger and what can it do for your engine? What is it made of? How does it attach to your engine? These are some questions we will discuss. Hopefully at the end you will have a better understanding of the different types of chargers and be able to select the one that is best for you and your car.

What is a charger?

In simplest terms, chargers get more power to the engine. The way the power is obtained and delivered is what makes the difference between the different types of chargers. Knowing the exact differences between them and how they affect your engine are crucial for making an informed decision.

How a Procharger works

A Procharger works using centrifugal force. The Procharger uses an impeller which spins at a high speed. This action causes air to be drawn into a small compressor housing. This forces additional oxygen into the engine. This in turn cause the engine to use more fuel which increases the engine’s power.

This type of charger is usually attached to the front of the engine with a type of bracket. It is then driven with a belt connected to the engine’s crankshaft.

What about a Supercharger?

A Supercharger is attached to the front of your engine with bolts. It uses a belt system with a pulley that is attached to the engine’s crankshaft.  When the engine spins, it spins the Supercharger. When the Supercharger spins, it forces air into the engine. How much extra power your engine will get will depending on the size of the pulley being used. In this case, remember that a smaller pulley will move faster, therefore creating more energy. Your car’s engine will get a bigger boost.

Now how does a Turbocharger work?

A Turbocharger works by utilizing an exhaust housing. This allows the charger to use the exhaust produced by your car to spin a turbine. This turbine then makes the compressor force air into the engine of your car. The increase in air, will cause an increase in your engine’s power.

So, which are the cons?

A Turbocharger can have a delay in transmitting the power to the engine. This is known as turbo lag. Additionally, Turbochargers are sized for an RPM range. This is based on the gas and exhaust for the vehicle. Because of this, you may not get as big a range as with a Supercharger. It is also common for Turbochargers to get very hot and they will use your engine’s oil.  Because of this, Turbochargers often require additional pipe work and they are more demanding on the oil for lubrication.

What are the pros?

A Procharger is typically a pretty high efficiency setup. There is not a lot of heat involved, as with the Turbochargers. They are also capable of producing more power than the other 2 types of chargers. Prochargers are consistent, reliable and usually used in racing.

On the other hand, a Turbocharger is capable of generating a lot of power. And since Turbochargers use gas exhaust to generate power, this makes them have better fuel economy. In turn this system also helps to improve the efficiency of the engine, while giving a boost of power.

Adding a charger to your engine is a great way to boost horsepower. There are several options available to you that can help you achieve this outcome. You should think about the type of car you are driving and how much additional power you are hoping to see. Take into account if you think a centrifugal system is for you? Or would one of the forced induction systems be better? Another factor is any additional pipe work that may be needed if you are adding the charger yourself as an aftermarket item. And the possible increase in engine oil to aid in lubrication.

Any of the three types of chargers can add a much needed, or wanted, boost of horsepower to your engine. Some make and models of vehicles might already come with a Turbo charged engine. And some dealerships may offer a charger as an option that is factory installed for your convenience.

Aftermarket chargers are available. This is typically something any car owner might want to install themselves. Just be sure to know how the system you are installing works and what the possible impact to your vehicle’s engine, fuel economy and horsepower will be.