How Long To Charge A Car Battery At 2 Amps? 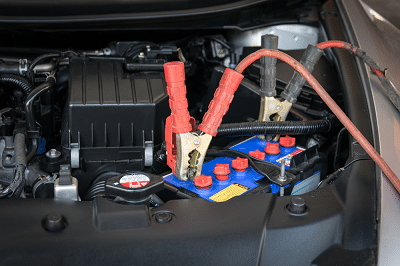 Charging times for a battery can vary by a few different factors. One is how much charge the battery has, and two is how many amps you are charging it at.

After you read this article, you will learn how to calculate the charging time for your battery and also the way to charge your car battery.

You will also learn why two amps is an ideal charging power. Continue reading to learn how to figure out how long it will take to charge your car battery.

How Much Power Left?

The first thing to do before figuring out the charge time for a car battery is figuring out How much charge the battery has left. The best way to do this is to first read the battery and see how many amps it is.

Car batteries range in amp hours from 20 to 60 for most vehicles. Once you know the amp hours, you then can hook an automotive multimeter or a car battery tester up to the battery to read the charge.

A car battery is 12.6 volts when fully charged, so knowing this depending on the reading you can calculate how much charge the battery has.

Using this method you can find out how many amps are left in any battery. Once you have calculated this, you are close to figuring out how long to charge your battery to get it back to the full charged. Before we get into that though, I will touch slightly on what an amp hour is.

What Is An Amp Hour?

Amp hour is how much power is put out to run a specific function of the car for a set amount of time. If you have a 50 amp hour battery, then it can put one amp out for fifty hours before being completely dead.

Certain things on your car draw a specific amount of amp hours. There are a lot of factors that go into how many amp hours something draws though.

For example, headlights can use 8-12 amps for most modern halogen bulbs, but in older muscle type cars they could use as much as 20 amps. This means if you have a 50 amp battery and headlights that draw ten amps, then they could run for five hours.

There is more than just headlights though that draw amps. That is why on short trips your battery may nor get completely recharged, which is where charging might become needed if you take a lot of short trips.

This is especially true in the winter months. Now that you know more of what an amp hour is we can get back to calculating how long it will take to charge your battery.

Calculating How Long to Charge Battery

So we mentioned one factor for charging the battery was determining how much power was left and the other is the amp rate that you are charging it at.

For this article and example, we will be using a two amp charger. Once you know how many amps are missing from the battery, it is a matter of just simple math to find out the time to charge. You take whatever amount is missing and then divide by two.

For example, if you have a 50 amp battery that is half depleted, then it has 25 amps missing. You then divide 25 by two since that is the charging rate to get 12.5.

This means it will take 12.5 hours for the battery to be completely charged. If you are using a different charging rate, then you just divide by that number instead.

Read on through to find out why two amps is a good recommended speed.

What amp to charge car battery? Why Charge at Two Amps?

The main reason to charge at slower speeds or two amps is that faster charging can cause damage to the battery. It can buckle the battery plates, and this will make the battery not function right and can damage other areas of the car.

Also, if the battery gets hot while charging then keep an eye on it and unplug it if it gets too warm. If you have a temperature gauge and your battery gets 125 degrees Fahrenheit, then you need to stop as soon as possible.

Another final reason that fast charging is bad is that it can lead to overcharging which hurts the batteries useful life.

A lot of people wonder which is better to use a 2 amp or 10 amp charger for your car battery. Well, we are going to answer this for you.

The key thing to remember when charging a car battery if you don’t want to charge it too fast because this can cause damage to it. However, you don’t want the charging to take forever either.

A car battery is typically 48 amps. This means that a 2 amp charger will take 24 hours. A 10 amp charger, on the other hand, will take 5 hours.

For a car battery in most cases, it is okay to use a 10 amp charger and is normally the recommended amount. This is because it charges fast enough to not have to wait forever, but it doesn’t charge so fast that the battery will be damaged.

So, if you have to choose between  2 amp or 10 amp charger the next time you are charging your car battery, it is okay to use the 10 amp charger.

Finding out how long to charge a car battery at two amps isn't that hard. It takes some basic math that anyone can do and also some basic tools that are easy to use.

You have to know how much charge is left in your battery. Convert that to amps, and then divide the missing amp hour amount by two to figure out how many hours it will take to fully recharge the battery.

If the speed you are charging at is different, then the math is the same steps, but just with different numbers. This means that now you should be able to calculate how long to charge any battery.

One comment on “How Long To Charge A Car Battery At 2 Amps?”