Different Kinds Of Hidden Kill Switches And How Do They Work? 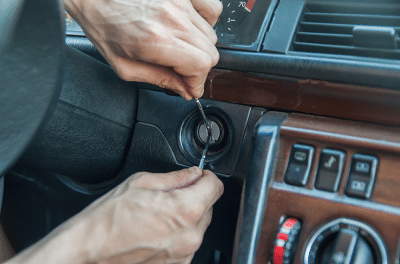 There are a lot of anti-theft features in cars these days, but would be thieves can get pass them if they really want to steal your car, so this leads to the question of is there any way to stop a thief from taking your car?

If locking the doors, having your car alarm, and having an anti-theft system won’t work, then what else could you possibly do?

Well, the answer is you could install a hidden kill switch. In this article, we will take an in-depth look at what a kill switch is, how to properly use it, and also the different kinds of kill switches.

Read on to learn everything you need to know about hidden kill switches in your vehicle.

The reason why it is hidden is so that no one knows where it is, so they don’t know to press it. The thing is you can go about hiding one in different ways which we will discuss later.

There are also a number of different types of kill switches which can be installed and we will break down each one below.

The five main types of kill switches that you can install into a vehicle are:

We will go into the detail of each one below and what it does and how it works.

The perk to the fuel-line kill switch though is that the engine will still crank, but just not have enough fuel to turn over.

This means that to a car thief it will just seem like your car is having engine trouble and they are most likely not going to take the time to try to figure out how to steal a car with engine trouble, so while it will keep them from stealing your car, it will also deter them from trying to figure out a way to get the car started.

The way the fuel line shut off valve works is that it is a valve that you install directly into the fuel line. You do this by cutting a chunk of the fuel line out and then put the kill switch in.

The downside to this kill switch is that you have to get under your car to turn the knob to open the fuel line. This means you probably don’t want to use this kill switch for a daily driver because you would constantly be under the car to open the valve before you could start your car.

The next kind of hidden kill switch is a better one for a daily driver. It is the car battery disconnect switch.

You still have to open the hood most of the time to turn this one on and off, but that is still better than crawling under the car each time.

You don’t always have to do this though depending on how you connect it and wire it.

You can have the wire run so the switch can be mounted somewhere inside the car and while most of these are knobs that turn some are switches or some require keys.

The way the car battery disconnect switch works is you unhook the negative car lead and then connect the kill switch to the negative battery terminal directly.

You then feed the negative lead into the kill switch. When the knob is turned one way, the circuit is complete, and the car will function and start as normal.

This will make the thief think the battery is dead. Another downside to this kind of kill switch though is you will have to reset your clock and radio presets every time after using it because they stay in memory with the power from the battery.

That is why one of the other kill switches to come might still be a better option for you.

The next kind of hidden kill switch is another one that goes on your battery, but this one doesn’t have a knob to turn. Instead, it is activated with a remote that you can keep on your keys.

This means you don’t have to turn it on if you don’t want and can turn it on at a moments notice if you see suspicious activity and want to keep your car safe.

Also, it is nice that you can activate it with your remote because this means you can do it secretly which is one of the main points of a hidden kill switch.

Kill switches don’t do any good if a thief knows it is there, so being able to trigger it and no one notice is a great bonus.

The way the remote control battery kill switch works is that you connect electromagnetic solenoid valve terminal to your battery similar to the other car battery disconnect switch we have covered.

Then when you press a button, it uses a strong magnet to move a metal piece on the inside that either opens or closes the circuit.

The nice thing is this device only draws power for a few moments after pressing the button. Pressing the button sends power to one of the magnets or the other, but once it is activated power is not used to help the magnet hold the circuit opener or closer.

This means that it won’t drain your battery just by having it hooked up.

The next kind of kill switch still deals with removing power from your vehicle, but it doesn’t do it directly at the battery.

Instead, it kills power to the fuse box. Some people just prefer to pull a key fuse such as the ignition fuse and then replace it when they want to drive, but depending on where your fuse box is and how much you drive this can be annoying.

If it is your daily driver, then it is easier and generally better to just install a fuse box kill switch. Also, by using a switch, it makes it less noticeable and thus more effective.

The way a fuse box kill switch works is you run a fuse into your fuse box that when it is activated the fuses will not work.

When it is not activated the fuse box will function normally. They are not that hard to install and only take a few parts and tools.

If you want your car to look more spy like this is one way especially if you install dummy switches.

A thief won’t know to look for a fuse box kill switch, and if they see a random switch or two, they won’t know what it is for or the combination for them.

These reasons are why a fuse box kill switch as a hidden kill switch is a very effective method and easier than pulling fuses all the time.

The way it works is you cut your ignition wire and then hook the wire to each end connector of a switch. When the switch is flipped one way the circuit is complete and the other way it is broken.

This kind of kill switch is nice because again you can hide the switch inside the car and no one will know it is there. Being in the car makes it easy to activate every time and keep it hidden.

The key to installing an ignition wire kill switch properly is to make sure that you look at a wiring diagram for your vehicle.

This way you know you are cutting the right wire. Once you have the wire cut, you can crimp the ends to the switch or solder it for a better connection.

You can then mount the switch wherever you want in your car. An ignition wire kill switch will again make a burglar think the car is dead because it won’t make any sounds if they try to turn the key.

Who should use a hidden kill Switch?

So now that you know about the different kinds of hidden kill switches and a rough idea of how to install one, the next question you may be having is who should use a hidden kill switch? Well, the answer to that is anyone.

A hidden kill switch is just an added layer of protection from getting your car stolen, and you can actually install more than one if you really want peace of mind.

They are especially a good idea though if you leave your keys in your vehicle a lot. This might be because you forget them or you might have a delivery job or something where you stop and go a lot.

Anyone that has a habit of leaving your keys in the car can benefit from a hidden kill switch if you use it right.

You also might want one if you live in a busy city or an area with high crime. This way you can keep your car safe and slow down and deter a thief.

Lastly, if you have a vehicle that sits a lot, then you might want to install a hidden kill switch especially if it sits at an area you aren’t at often such as a vacation house.

This is because thieves know when people aren’t around and what vehicles don’t move much.

Also, if you aren’t home, they have more time to be able to steal it, so having a hidden kill switch to stop this can save you from coming back to a vehicle missing.

Hidden kill switches are a great way to keep your vehicle safe on top of the anti-theft system your car already has.

You can use them in conjunction with your current system and can actually install more than one type for adding protection.

You know that you can stop the fuel with a fuel-line shut off valve or you can cut the ignition wire directly and install a switch with an ignition wire kill switch.

You also know that you can cut power to some or all of your car to keep it from getting stolen using a fuse box kill switch or a battery disconnect kill switch.

One comment on “Different Kinds Of Hidden Kill Switches And How Do They Work?”