What's The Difference Between FWD, RWD, AWD And 4WD? 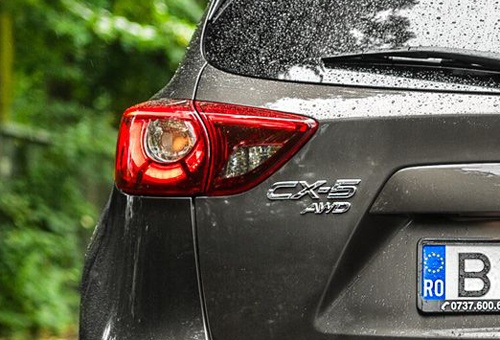 All vehicles move, but they don’t all move in the same way. One of the key parts of the car that you don’t always think about is the drive train. You may have heard of FWD (Front Wheel Drive, RWD (Rear Wheel Drive), 4WD (Four Wheel Drive), and AWD (All Wheel Drive), but do you truly know what they mean?

Well, in this article we are going to look at the four types of drive trains that you find in vehicles today.

We will discuss what each one does and how it works. On top of all this, we will answer any questions that you might end up having about each one. Read on to learn all you need to know about the differences between FWD, RWD, 4WD, and AWD.

1. What is FWD- Front Wheel Drive

The first system we are going to look at is FWD. This is by far the most common system. This system can be found in any make of vehicle. This is especially true for smaller cars and smaller models, but some larger models of vehicles use this system as well. In a front wheel drive system, it is the front wheels that the power goes too. This means it is those wheels that move the car when you are driving.

You may be wondering what are the benefits of FWD vehicles. Well, one of the big reasons front wheel drive is used is because it is a small and compact system. The engine and flywheel are right there so transferring the power it puts off to the wheels is easy if the power just has to get to the front axle. Outside of being easy though being compact is also nice because it allows for more space in the cabin without having to make the vehicle bigger. This is good for those that want a small, but spacious car.

There are other benefits though too and that is that most of the weight is in the front of the car. This means that when it is slick the car is able to have better traction. That is because the weight can help keep the tires on the road. Also, FWD vehicles tend to get better gas mileage. Again, this can be due to the weight being a benefit and help keep the car down as the front wheels pull it along. Some people though feel that FWD vehicles aren’t as fun to drive.

2. What about RWD- Rear Wheel Drive

The next system is RWD and like the name implies the rear wheels are the ones that the power from the engine goes too. This system is a little more complicated because the power has to be transferred from the engine to the back wheels. The back wheels then push the car forward. The positive of the RWD system though is that the weight of the vehicle is more balanced. This makes some people believe that the car is more fun to drive. Also, being pushed instead of pulled tends to lead to a little more power.

The downside to an RWD system though is that they don’t have as good of traction in the snow or rain. This is because the weight from the front doesn’t help keep the car down. Rear wheel drive used to be the most common before FWD drive came out, but now it is starting to disappear. Now RWD is mainly found in bigger vehicles and vehicles with a lot of horsepowers because the rear wheels can handle it better. Sports cars, performance sedans, big trucks, and police cruisers tend to be where you see RWD today.

Moving along the next type of drive train we will look at is 4WD. Four-wheel drive is when all the wheels receive power. However, 4WD can be misleading because normally most 4WD vehicles don’t have it always engaged. Normally there is a transfer case and the vehicle operates in RWD until the vehicle is shifted into 4WD. Also, four-wheel drive normally has two modes. A low and a high mode. On most vehicles, it will switch to high mode when it is needed, but you still have to manually shift it to low mode and engage the 4WD on your own.

The biggest advantage of the 4x4 mode is that it provides the power and versatility to take on any conditions you might face. This means terrain or weather conditions. It will allow you to handle steep hills or uneven terrain. If a vehicle is only FWD or only RWD and those wheels leave the ground, then you are stuck, but in a 4WD vehicle, you aren’t. This is also good for snow or ice because if one wheel starts to spin, you have the other three to save you instead of just having one.

The downside to 4WD vehicle though is that most of the time it operates in RWD mode unless 4x4 is active. This means that it has the traction issue that RWD vehicles have. Also, another possible con with a 4WD vehicle that some don’t think about is there are more parts to break. If the transfer case gets messed up, then you won’t be able to switch into or out of 4WD mode. This can be annoying or a major problem. Having more moveable parts always leads to the potential of something breaking and needing a repair.

The full-time AWD is nice because all four wheels are activated continuously, but it can affect gas mileage because it is harder to get power to all four wheels instead of on just two. The part-time AWD only engages all four wheels when traction is needed. This means that you get better gas mileage. You may be wondering well since part-time AWD is really two wheels most of the time and then it becomes all wheel drive when needed, how is that different than 4WD? Well, the difference lies in that part-time AWD becomes full wheel drive when needed automatically. The computer can sense traction lose and activate the 4WD. This takes the human need of shifting out of it, which makes it nice. AWD allows for the best of both types of driving.

2 comments on “What's The Difference Between FWD, RWD, AWD And 4WD?”