Check Engine Light Is On But No Codes- What Should You Do? 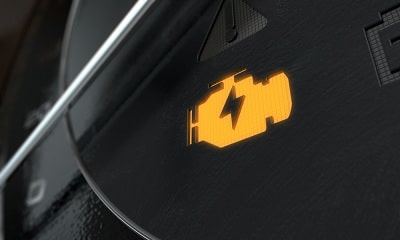 Have a Check Engine light on with no code?

There are a number of reasons that this may be happening. From mechanical to computer to outdated equipment, there are still plenty of ways to see why the light came on, what the actual issue is, and what needs to be done to fix it.

Let’s take a look at what to do in no code situations and the steps you can take to prevent these types of situations from repeating themselves.

Is there nothing wrong?

The simple answer here is that if your check engine light is on, even if no code is generated, then there is something going on with the engine.

The vehicle is emitting emissions which are higher than the Environmental Protection Agency mandates, and that is why the check engine light is on.

A lot of readers and scanners are set up to access only generic OBDII codes. Most vehicle manufactures also have their OEM codes that some Readers and Scanners can't seem to read for lack of conversion ability.

Check the make and model of your reader to see what it is built for and if all else fails, head into a parts store and they should be able to read the issue at no cost to you.

No code being generated on the reader does not mean the driver is in the clear. In fact, when the light is on, the odds are just as high that there has actually been something wrong for a while even if no code is generated. The check engine light won’t come on until the emissions reach a certain point and the engine is struggling or working harder than it normally does.

Software issue in the ODB reader

One main reason that a check engine light comes on with no code being stored is that there is a software error. This is often the result of something being wrong with the OBD reader that the driver, parts store, or mechanic shop is using.

Most frequently, the software errors stem from a low-level OBD reader being used. Perhaps it is an old model, or one developed in a foreign country. Maybe it’s just not very compatible with the certain make or model of the car (although this is rare). The bottom line is that there must be an error somewhere – and that error is in the OBD scanner, not the check engine light system.

Check Engine Light No Code: What To Do

Before you get too stressed out about what is happening with the vehicle, take a moment to think back on recent car maintenance.

If you just bought the car not long ago, did it have to go through an emissions test at the DMV in order to get registered?

If so, look at the emissions report you received that day. There may be clues as to whether anything was about to break or that just barely passed the test.

If the vehicle has been in your possession for a while, look at recent maintenance records. Typically, the shop will leave notes of recommended upcoming maintenance or issues that they noticed that may become more serious down the line.

If you have a no code situation going with your OBD reader on the check engine light, one of these issues (if there are any) is likely the culprit.

In a worst-case scenario, think back to who sold you the car. Did they seem trustworthy, or was there something fishy going on? If the seller was worried that the car wouldn’t pass an emissions test, thus causing you to not want to buy it from them, they may have disable the ECM and prevented the vehicle from storing Check Engine Light Codes.

Situations like this are rare – but it has happened. In this case, you’ll need to take the car to a mechanic and have them reset the ECM system. In the process, the mechanic should be able to figure out what triggered the light to come on.

Preventing No Codes From Happening In The Future

The biggest step you can take to prevent future no codes with your Check Engine Lights is to buy a better ODB2 reader. The biggest cause of confusion isn’t anything to do with the car itself – it stems from faulty readers. You should find the best bluetooth obd2 scanner and choose the better one to find the code.

Beyond this, if there actually is a problem with code storing, your mechanic should be able to diagnose and fix the problem relatively easily.

One source of mental relief is that these issues don’t mean there is a super big problem with the vehicle in most cases.

The same is true for user error. Those who aren’t mechanically inclined may jump to conclusions and think they are just doing the OBD testing wrong. Generally, it is merely an equipment or computer failure.

As you’ve seen, these no code issues can be taken care of. Drivers aren’t off the hook so easy, because there is actually an issue with their engine. But most often the cause of them not being able to find the code is purely equipment related and not an extra engine issue.

We encourage auto enthusiasts to share our articles on social media. This is the biggest way to help spread the word about car maintenance. Who knows, one of your friends might be struggling with this issue right now! If you have anything to add, feel free to leave a comment below.

20 comments on “Check Engine Light Is On But No Codes- What Should You Do?”