Causes Of Charging System Failure In Your Car (4 Reasons) 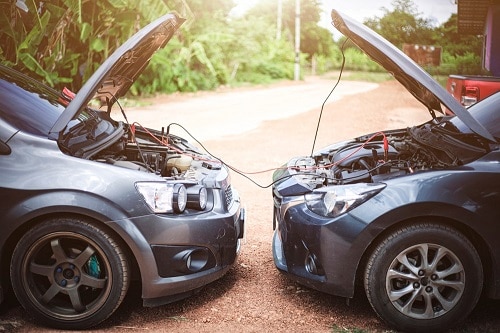 So, most people know that their car has a battery. They know that if the battery is dead then the car will not start. What some people don’t know is how that battery stays charged. Well, the way the battery stays charged is with the charging system in your car. What if that charging system fails, though? Well, then you will end up stranded with a dead battery. This is not a good thing. That is why if your check charging system light comes on or your battery light comes on, then you should get it checked out.

What is a Charging System?

The charging system not only charges the battery though, but also helps run your lights, radio, and other electrical parts of the car while the engine is running. That is why flickering or dimming lights can be a sign of charging system problems. You can learn more about what dimming lights means though in this article.

What does it mean Charging System Failure

So, now we can move onto what does it mean when your check charging system light or battery light comes on. When either of these lights illuminates, it typically means that something is causing your battery not to charge while driving. This is a bad thing because if your battery is not charging, then your vehicle might die and lose power.

A lot of times the charging system won’t go out all at once though. The light might flicker on the dashboard and then go off. Even if this happens, you need to get your car checked out as soon as possible. That is because your charging system could go out completely at any moment.

You may be wondering if you should keep driving then with the charging system light on. The answer depends on the situation.

If it is coming on, and then going off, then yes you should be okay to drive to your shop. It is a good idea to turn off the radio, AC/Heat, and any other electronic components of your car that aren’t needed. That way if the system continues to stop working as you drive, then you will reduce the amount of power you are using.

Now that we got the question of should you keep driving out of the way your next question is probably what is causing the light to come on? Well, there are a variety of things that can lead to the charging system to fail. Some are easy to check, while others can be more difficult. The common reasons for charging system failure are….

Below we are going to cover each one in detail, but if you think it is more likely one over the other, then you can jump to that section.

A lot of times alternators will last for a while. They can easily go way past 100,000 miles and sometimes will last longer than the car. However, not all of them last that long and it might eventually go out. The good news is you can have the alternator tested easily.

An old battery that isn’t holding a charge or not charging right is the second most common reason for charging system failure. You can use a battery maintainer to charge your battery if it has not die. Click here to read more

After you have a shop test the battery and alternator you will know if that was the problem or not. If it is the battery or alternator, then you can have it replaced and your problem will be solved.

Over time the drive belt will get old. When this happens it gets stretched out, and eventually breaks. If the drive belt is loose, then it might stop spinning the pulley on the alternator, which will cause a loss of power generation. This can happen for a few seconds, and then it might get a grip again and start spinning it again causing the light to go off.

Drive belts are another part on the car that lasts for a while, so sometimes it is easy to forget to check them. They don’t normally last as long as the alternator itself though. It is important to try to check the belts periodically. If you haven’t checked it in a while though, and the battery and alternator test fine, then it is likely a loose belt that is causing your charging problem. If it is, then you can have it replaced and be on your way.

If it isn’t one of the previous things, then the next thing you should check is the wiring. If the wires connecting the system are damaged, then it may stop working. A lot of times the wires will last the whole life of the vehicle, but sometimes they get to wear and damage.

When inspecting the wires in the system if you see corrosion or lose connections then you need to tighten the wire back down or replace it in the case of corrosion. Inspecting all the wires can be time-consuming and a hassle though, so hopefully, for you, it isn’t a wiring issue that is causing the charging system failure, but it is something to keep in mind and check if you can’t find any other problems.

The very last possible issue that you might be having is computer issues with the car. Sometimes computers can start acting funny and sending out the wrong signals. If you can not find any issues with the battery, alternator, drive belts, or wiring, then your problem might just be a faulty computer.

You can have the shop run a scan on the computer or buy the best bluetooth obd2 scanner to scan yourself and see what it is saying. You can also have them reset it. The resetting might fix the problem and cause the light to stay off. This is the last thing you should do though because it is important to take your battery light or check the charging system light seriously because if you don’t you will end up stranded with a dead battery.

You also know the possible parts of the car that might be failing. You know the most likely candidates of issues are the alternator or battery. After those two things, it could also be an old drive belt or damaged wires. The last thing it could be is a faulty computer. Luckily for you, all these things are pretty easy to check and fix. So, the now you know what to do if your charging system fails.