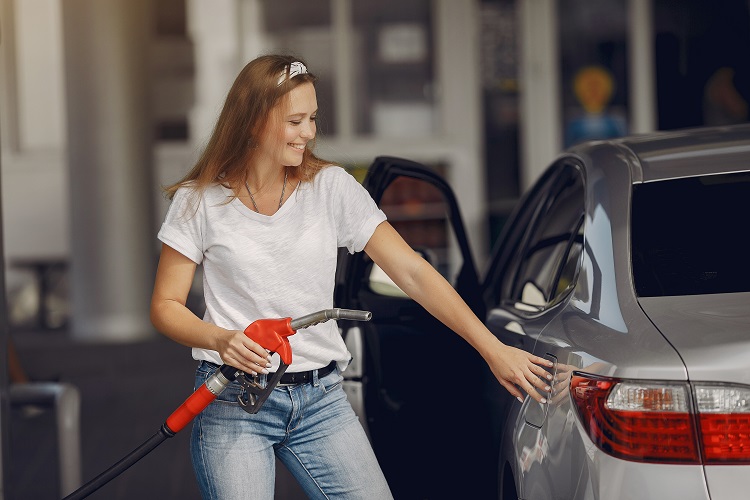 It’s puzzling when a car refuses to start after getting gas. While at work, I once filled my car tank with gas, and the fuel gauge was correctly calibrated, but my car just wouldn’t start. I had to troubleshoot and fix the car to make a delivery to a loyal customer.

Below are four possible reasons your car won’t start after getting gas and their respective fixes.

Most people assume the battery is dead when a car won't start after getting gas. Others rush to check battery connection, or whether it’s ignition key issues, a faulty alternator or starter motor, or even a locked steering wheel causing the no-start.

However, none of these are the culprit. Instead, there is a high chance your fuel system is the cause, and that is where you should start your diagnosis. The issue might be related to how you fill your tank. Don’t hastily conclude the problem stems from an internal issue because it could also be external.

If you’re convinced the problem is an interior one, before you can open up your car, do the following:

If your car starts after trying the above actions, you’re lucky. However, it’s worth mentioning that this is rarely the issue, more so if you have to try your car multiple times after getting gas. It’s usually something else.

The fuel pump is charged with supplying fuel from the tank to your engine’s combustion chamber.

The fuel pump must stay cool to function faultlessly. How? By using the fuel inside your car’s tank. Once this fuel gets depleted, the pump may get too hot, and adding more fuel into your fuel tank can cause it to malfunction.

A damaged fuel pump will not avail fuel to where it’s needed--the engine, meaning there will be nothing for your car to run on. As a result, your car refuses to start even after getting gas to full capacity.

Apart from your car not starting, other signs of a fuel pump issue include:

When diagnosing a damaged or weak fuel pump, start by checking the fuel pressure to help establish whether or not the pump is okay.

If voltage is running, then your pump is damaged and needs replacement. Just ensure you get a model that matches your car. Your car manual has pump replacement instructions you can follow to replace it yourself.

Have you ever started your car, and then it runs momentarily only to die after some time. When this happens, likely, fuel is not reaching the cylinders. Here’s why:

A clogged air filter reduces airflow into your car’s intake, preventing spark and combustion from occurring.

While a dirty fuel filter will cause ignition problems, a clogged one may cause your car not to start altogether. That’s because no fuel can reach the fuel injectors in the car engine.

In addition, using substandard fuel or poor gas mileage can cause a clogged fuel filter.

Other signs of a clogged fuel filter include:

If you observe one or a number of these symptoms, chances are high it’s the fuel filter is the reason your car won’t start after getting gas.

If your car is a fuel-injected one, you can quickly test via the Schrader valve, using a screwdriver upon ignition and priming the line with fuel. These steps will help ascertain whether the no-start issue is due to a fuel pump, filters, injectors, or fuel pressure regulator. This should be the case if no fuel squirts out when you press on the valve.

You can also use a nod light to test whether the pulse signal from the computer is reaching the injectors or comparing fuel pressure with manufacturer specifications. That way, you’ll close on the culprit.

If you have a clogged fuel filter, simply clean it or replace it. You will need to do the latter if the filter is made of nylon or paper. If it is made of metal, you can use a solvent cleaner.

It’s advisable to clean or replace your fuel filter regularly (at least every 10,000 miles) to prevent such issues from occurring. In addition, do regular intensive cleaning and maintenance (yearly, for example).

A purge control valve gets faulty after getting stuck open. If this happens, when you turn the ignition, the engine gets flooded with fuel vapor. This is the leading cause of no-start.

So how do you fix a stuck purge control valve? You must replace it. And as long as you have the necessary tools and a manual to guide you in accessing the EVAP system, you’re good to go.

The above diagnoses and fixes should fix the no-start issue and get your car starting and running again. The good news is that a car that won’t start after getting gas is a problem you can fix without necessarily taking it to your mechanic. Note that you can prevent this issue by regularly cleaning and maintaining your car, especially the fuel system.