7 Reasons Why Car Sputters When Starting? 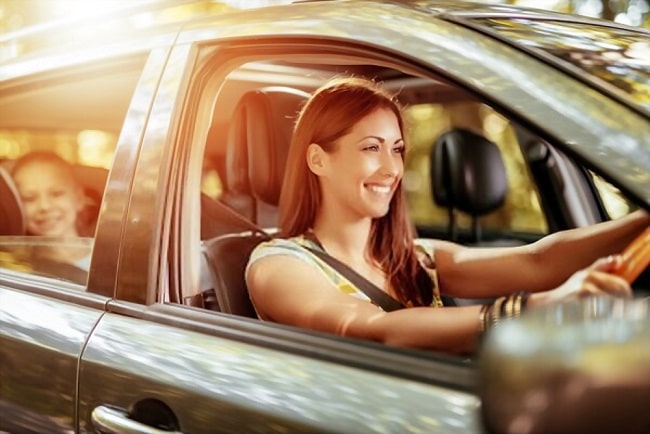 So, your car is sputtering when you start it. Well, you are in the right place. In this article, we will look at all the possible reasons why a car might sputter when starting it and the solutions for them.

There is a whole lot of potential reasons why your car might be sputtering when you first start it, but after reading this article, you will know how to troubleshoot it and also know what to do to fix the problem.

Read on to learn more about why your car might sputter when you start it.

There are all kinds of reasons why a car might sputter when you start it and then be fine after it gets going. Before going into detail about the reasons we will list them out for you, so if you think a particular problem causes yours, then you can start their first.

The main reasons why a car might sputter when you start it are:

These are the main problems, and we will look at each one in-depth below.

The first problem could be that you have a weak battery. If the battery is just charged enough to turn the car over, then the engine might sputter at first before it gets going.

If the sputtering was from a weak battery, then it will probably only happen once, because after driving the battery will get charged. If the battery is not holding a charge though, then it could keep causing the car to sputter when you start it.

The next thing that could cause your car to sputter when starting is bad or dirty spark plugs. This is because it takes a spark to ignite the fuel to get the engine going and if the spark plugs are dirty, then it may not be giving enough of a spark causing a rough start.

As the engine is going, it may not be as easy to notice the sputtering from all the other engine noise. You can change or clean your spark plugs if you think that is what is causing the sputtering and if it is, then the sputtering will stop after doing that.

The fuel injectors could also be dirty which could lead to not enough fuel being squirted into the cylinder. Cleaning them is also a good idea if you think the issue is happening when the fuel is being ignited.

All kinds of sensors are also involved when starting the car. You have the oxygen sensor, the mass airflow sensor, and the fuel injection sensor.

If any of these are dirty or going bad, then you will not get a proper mixture of gas in the cylinder when going to start the car. This will lead to the sputtering when you start it.

Clean all the sensors and make sure that they are not the problem. If the problem continues after cleaning or replacing them, then it was something else. Tied into the dirty sensors is a clogged air filter.

If the air filter is overly dirty and the proper amount of air can’t pass thru, then it will lead to sputtering issues. Replace the air filter or clean it to make sure that enough air is getting thru.

The next thing could be that you have a failing fuel pump. The fuel pump is what moves the gas from the tank to the cylinders. If it is getting weak, then it might not be moving the proper amount of gas thru.

If it starts fine with that, then you can bet that it is the fuel pump going out and needing to be replaced.

The next thing that can cause a sputtering is an exhaust leak. The exhaust leak can be anywhere. It can be at the manifold or farther along under the car.

Exhaust leaks are noisy and also dangerous as the exhaust is hot and can melt surrounding plastics or come into the vehicle. Leaking gaskets on the engine can also cause sputtering because it can affect the fuel mixture.

Exhaust leaks can be found by hooking up a blower into the tailpipe and then spraying the exhaust down with water. Anywhere that bubbles there is a leak and it needs to be fixed.

Another part of the exhaust process is the catalytic converter, and if you have one that is failing, then it can cause the engine to sputter.

That is because clean gasses are not countering the gasses that the engine is putting off and some might be going back into the engine causing it not to run smoothly.

The last potential thing we will look at is a bad ignition switch. If the switch is not working right then, it might not be sending the right signal to the engine to turn it over all the way.

This can lead to sputtering when you go to start it because the proper amount of charge isn’t being applied. This is one of the last things to check though because if it is the ignition switch, then most likely the car won’t start at all.

How do you know?

So, with all these possible causes for a car sputtering when starting, how do you know where to start with fixing the problem? Well, most of these issues will cause a check engine light to come on.

If your check engine light is on, then you should use an OBDII scanner and read the code. You can then look up what the code means and start with fixing whatever problem is being given.

The only think on here that probably won’t send code is a weak battery so if you don’t have a code, then start with the battery first. Everything else will cause a code, and then you will know what to fix from there.

A sputtering car on start can be annoying because there are so many things that could be wrong with the car. Luckily most of the fixes are affordable ones and won’t cause you to have to get a new car.

Just check the engine code and see what the problem is and then replace or clean the bad part. A vehicle that sputters when starting is a pretty simple problem to fix and while annoying it won’t cause you to have to miss work.

Just be sure to deal with it as soon as you can because a sputtering car is losing gas mileage and could be putting toxic gasses into your vehicle. Luckily now you know everything you need to know when it comes to your car sputtering when starting it.

3 comments on “7 Reasons Why Car Sputters When Starting?”