Do I Really Need ABS Or Will Non-ABS Do? 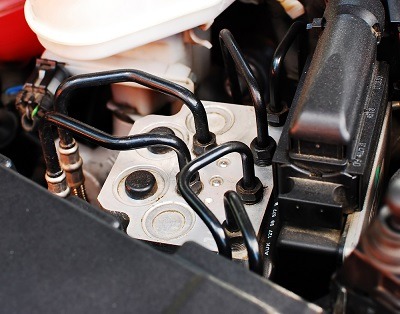 Which is better between abs and non abs system

The truth is that ABS greatly reduce accidents caused during or after braking. While they take a while to get used to and can be quite uncomfortable, ABS serve a purpose.

Not every car has an ABS system, and not every driver wants to use one. But let’s take a look at how ABS works, how it helps, and whether or not you can get the same results with a non-ABS vehicle.

How do ABS work?

An ordinary brake essentially includes pushing the brake pedal with the goal of holding firmly to a quick stop, in the long run backing off the car in front that you’re about to hit.

In any case, clasping the brakes too hard on a snowy, wet, or icy street can affect the grip of the tires, causing the driver to lose control of the car.

The tires get bolted up and significantly hinder the functioning of the brakes.

To exacerbate an already chaotic situation, the driver won't have the presence of mind to manually pump the brakes while also directing the vehicle away from what he or she is about to hit.

ABS avoid that whole situation (or at least that’s what they are supposed to do) by pumping the brakes and keeping them from locking up. While it might sound complex, it’s basic mechanics really. The brakes turn on and off in a revolving pattern.

Many have commented on the fact that it takes a moment for the ABS to kick in. In some vehicles, the driver has to push down quite hard to get the ABS to work at all. This is intentional – it’s not supposed to happen on routine stops. Think about how annoying it would be if ABS systems kicked in every time you pulled up to a stop light.

Automated sensors monitor how the brakes are functioning. The goal is to notice when a crisis may happen and react accordingly so that the driver can focus on driving. At whatever point it discovers that a driver is "hard braking" because of a crisis stop, ABS acts rapidly by quickly. It pumps the brakes several times each second, so that they don’t slide.

An additional benefit is that with non-ABS braking systems, there is a much higher chance of whiplash.

When you’re slamming on the brakes and then come to a harsh stop, the necks of everyone in the car are going to jerk forward. It hurts, and is actually among the most common injuries while inside a vehicle.

ABS brakes help to minimize whiplash and prevent sudden jerks of the body during rapid braking situations. Hey, even if they are annoying, at least it makes a sketchy ride a little bit smoother, eh? Using best obd2 scanner to make sure your abs system work well.

Hints to help you optimize your ABS system

Here is a great video of ABS in action.

Can’t I just pump the brakes myself?

The deal breaker here is that while yes, you can pump brakes manually, it is literally impossible to pump them as fast as the ABS can do it.

Additionally, when you manually pump the brakes, you are hitting all four of them at once. ABS prevents them from locking one at a time, an incredibly useful tool when on ice or when a car slams to a stop right in front of you.

This is what causes the uncomfortable vibrations – the rotating of the break pumping.

These days, you can stop more easily, and tires are built for different types of surface conditions. But you’ll still find ABS systems handy in certain situations.

Additionally, when in a heated situation, the last thing you want to have to worry about is pumping the brakes.

The driver’s focus should be on avoiding an accident and steering the vehicle clear if he or she can. Having to pump the brakes is just one more thing added to the driver’s plate that shouldn’t be there in the first place.

When is non-ABS better?

There are a couple situations where non-ABS is better.

First is when the driver is extremely cost-conscious. ABS isn’t cheap, and while it often is included in the price tag when you’re looking at a car at a dealership, keep in mind that you are still paying for it.

Additionally, ABS can cause issues with the vehicle’s electronics systems. This is rare these days, but there is always the possibility of it happening. Some drivers have also noted that they are unable to predict how long it will take for their car to stop, when they were otherwise able to predict it on a previous non-ABS car.

So it seems that this is a small price to pay for added safety, but comfort is also a factor when driving.

Overall, ABS systems are very beneficial. This is especially true if you live in an area with winter weather, heavy rain, or poor roads.

If everything went right all of the time, we wouldn’t need ABS – but it’s those times when situations come out of left field that we really don’t want the brakes to lock up.

If you’ve found this article helpful, please share on social media. What kind of ABS vehicle do you have? Leave a comment below with a photo!

One comment on “Do I Really Need ABS Or Will Non-ABS Do?”